Since ancient times, sailors have known that keeping a ship upright requires a heavy bottom and not too much unbalanced weight above water. Modern principles of ballast systems developed with the advent of steel hulls, steam power, powerful pumps, and water ballast in the nineteenth century, but engineers now have to design new ballast management systems to prevent the transport of invasive organisms.  The newest addition to the Maritime Technology exhibits at the National Museum of the Great Lakes in Toledo, OH is a temporary exhibit on "BALLAST TECHNOLOGY:  Saving Ships, Lives, and the Environment," which started in February for a six-month run.  A video introduction to the exhibit can be found at https://youtu.be/79zJJ7_3oDc. The exhibit traces the history of ballast technologies from stone ballasts of antiquity, through the Eastland disaster that caused the loss of over 800 lives, to the newest "salties" with ballast treatment systems. 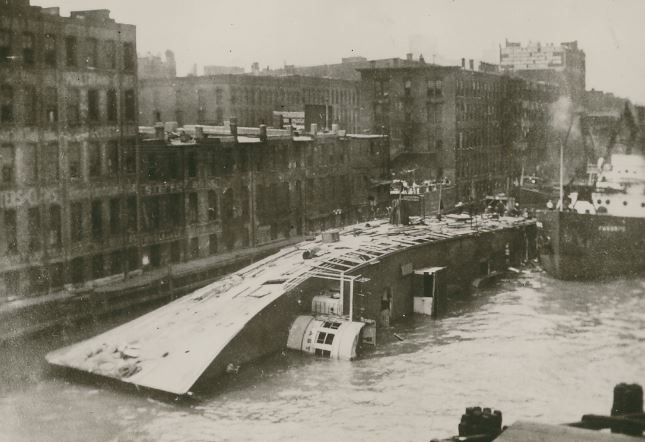 (Above:  photo of the Eastland after it rolled over in a Chicago port, causing the loss of over 800 lives.  The only person convicted in the disaster was the ballast engineer.  There were many problems with the ship design and its handling that day, and the disaster led to increased scrutiny of ship engineering to prevent similar disasters in the future.)

Dr. Jeffrey Ram, a professor at Wayne State University, led the design team and content providers that created the exhibit.  "We wanted the public to experience this topic through many media," said Ram, "so we also created a video 'trailer' to introduce the exhibit and a second video to give some answers."  The first video asks the question "WHY BALLAST?"  After viewing the exhibit, the creators invite you to look at some of the answers in another video "Ballast Invaders:  What's the Solution?"  Ram's design and content team included Great Lakes ship technology historian Matthew Daley from the History Department of Grand Valley State University, designer Esther Rhee, a graduate of Wayne State University mentored by an Industrial Design faculty member, Siobhan Gregory, and videographer  Joe Aloisio, also a graduate of Wayne State University.

Special events associated with the exhibit have included an official opening on February 24, 2017 and a talk at the Museum on March 8, 2017, when Daley and Ram gave a talk at the Museum, entitled "Keeping it in Trim:  Ballast and Great Lakes Shipping" in the museum's Spring Lecture Series.  Daley and Ram published "Keeping it in Trim" in the Museum's well known Great Lakes history journal, Inland Seas. Another special event that will highlight the exhibit will be a conference of ballast technology experts who will meet at the Museum at a Ballast Management Compliance Summit on May 19, 2017. 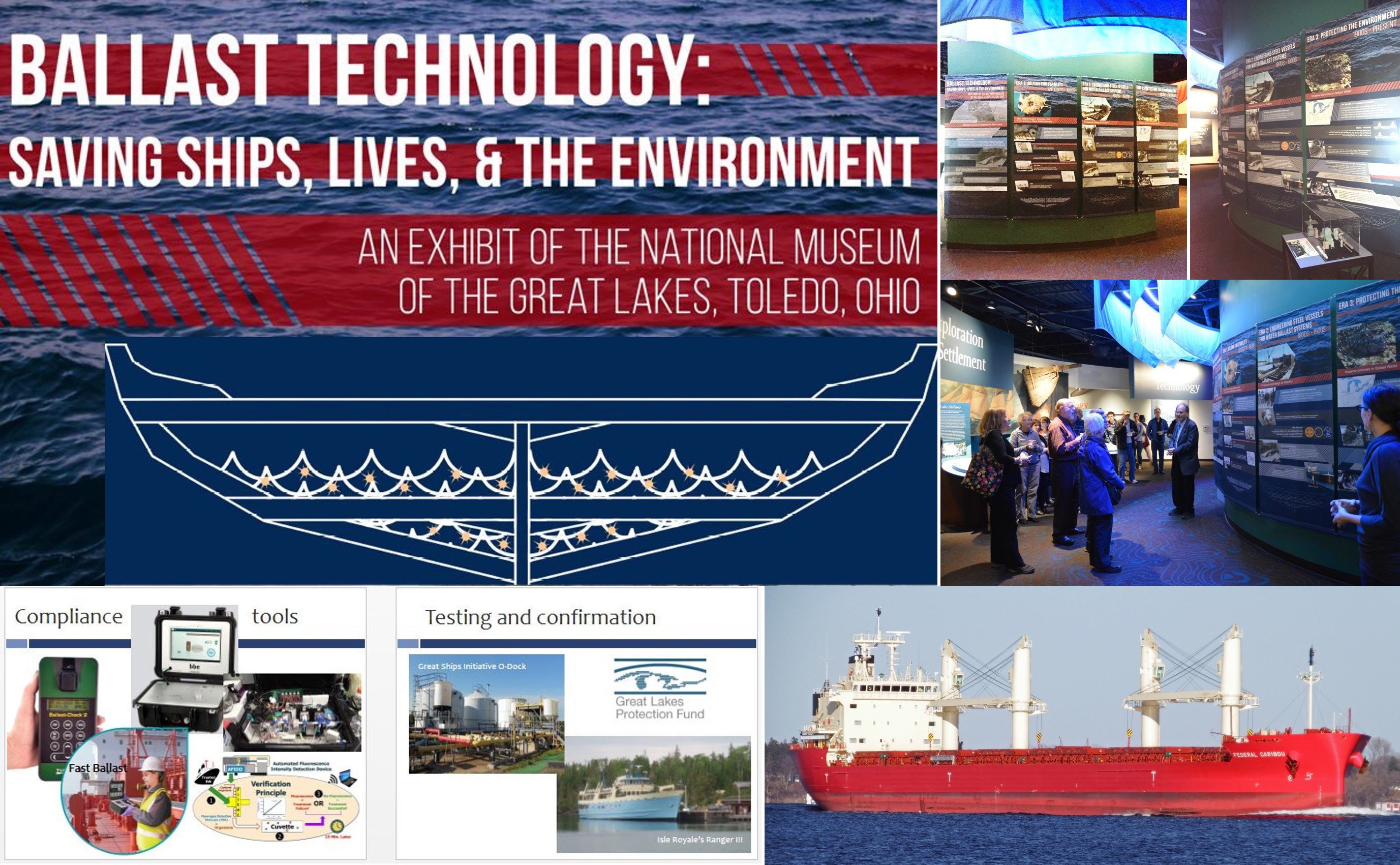 Images from the exhibit, clockwise from upper left:  Title of exhibit and cartoon of ship ballast with organisms in it; 3 photos of the exhibit and of people attending the opening of the exhibit on February 24; Federal Caribou, one of the "salties" with a ballast treatment system already installed, featured in the exhibit; two slides from the talk given by Daley and Ram on March 8.